Summary: GPUs, or ground power units, can come in a variety of shapes and voltage readouts. This article will discuss these units in-depth. 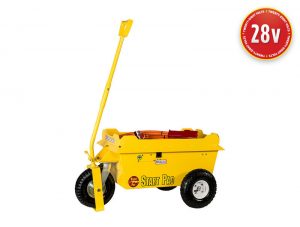 A starting unit, otherwise known as a ground power unit, is an important piece of equipment that is used to start various heavy machinery such as aircraft, tractors, etc. In case of airplanes, they supply a consistent stream of power to an aircraft to power the onboard electronics and such in place of the APU. Then, the owner of the airplane can conduct any tests or repairs that they need while giving the APU a break.

A portable power pack can come in a variety of shapes and sizes. Many popular airports have ground power units built into the runway for easy access. Most of these units are connected to a centralized source of electricity that functions at high capacity. Then you have your portable units that can either be placed on a cart or moved around on a dolly if need be. They range in sizes and shapes but can still handle an immense amount of pressure due to the sturdy mechanism.

Most portable models are somewhat small in size, but don’t underestimate the amount of power that it can produce. Depending on the model of the aircraft, you could see anything from 24 volts up. There are also various models of GPUs including hybrid units that use both gas and electricity to operate. Another example would be a lithium ground power unit, which is one of the more high-tech and experimental power sources that is extremely popular with aircraft enthusiasts these days.